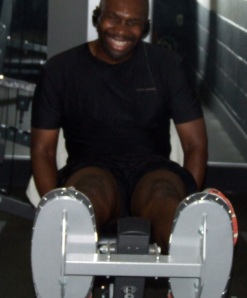 I learned something watching the end of the 92nd PGA Championship at Whistling Straits yesterday. That no matter how much talent, training, conditioning and nutrition a professional golfer or athlete does, that it’s the mind and heart that matters in the end. Folks that TNT’s Ernie Johnson and CBS’ Jim Nance were ordaining as the “change of the guard” or part of the “youth movement” in international golf looked like a bunch of also-rans who were playing their first pro tournament as fifteen-year-old amateurs.

To say the least, it’s a bit premature to say that we’ve seen the last touch of greatness of Tiger Woods, Phil Mickelson, and the other over-32 golfers. Dustin Johnson, Nick Watney, Bubba Watson and Rory McIlroy are all “not quite ready for prime time” players. But the media’s haste to anoint the next great one in the sport speaks volumes about them and us, and less about the Dustin Johnson’s and Nick Watney’s of the world of sports and in life.

Meanwhile, someone by the name of Tiger Woods looked like they were finding glimpses of a golfing game again. Not enough to win or be in contention this week. But encouraging nevertheless for anyone who cares about watching someone who plays the game with the intestinal and mental fortitude of a Jim Brown or a Michael Jordan. Overall, it shows that we cannot judge any player’s game based on one horrible week or even a stretch of mediocre play. At the very least, we should look for patterns, for signs of will and commitment to improve, and not just at momentary lapses in reason and a temporary case of the whatevers.

I remember well my second, third and fourth times I ever played basketball. I was nine years old, and I hadn’t picked up a basketball since my mother — a high school basketball star in Arkansas — refused to teach me after I threw a minor fit out of frustration. I played with other 616 kids, Terry, Joe S. and Joe W. All I remember hearing was “You’re terrible!,” “You throw like a girl!,” and “You’re no good!” It scarred me, left me unwilling to play basketball with kids my age for years. I really didn’t pick up the game again until I was twenty-two, in the middle of my first year of grad school at Pitt. After working at it, lo and behold, I discovered that I was actually pretty good at the game, and could play reasonably well against guys even three inches taller than me. I’ve been playing and improving my game ever since.

I say that to remind me, to remind all us, that no person or athlete can be judged by just a snapshot of their work, but by what they do over time. Tiger’s already proven three times over how he can retool his game and be a better player. Dustin Johnson’s shown brilliance, but not the mental toughness yet to close the deal. So many of us are ready to anoint, to believe the hype, without looking deeply at what it is we’re hyping. This may be why so many athletes, entertainers and politicians are able to disappoint us.

The fame and money are too easy, the temptations and pressures are too much, and the work needed to be successful too daunting for any of us to consider seriously. And we do the same things in everyday life that these folk do on the public stage. Maybe it’s time for all of us to dig deep and find some real passion and drive for making our lives and selves better.