As I promised ten days ago in my “This…Is…Jeopardy?” post, this one continues my thoughts about the inability of most students and teachers to appreciate how to really teach and learn from history. To think that what most in the profession call social history has existed for a half-century, yet few outside of academia actually teach history in this manner. That between the schools of education that prepare them, the curricular paradigms adhered to by state boards of education and the rules and regulations at the district and school building level, few history teachers encourage their students to imagine. Or to think critically. Or  to ask “how” and “why” questions.

And we pay for these educational atrocities every single day, in our public discourse, in journalism, in international politics. Not to mention in our idiotic discussions of race, class, gender, religion, sexual orientation, in just about every endeavor that involves thinking beyond our selfish selves. 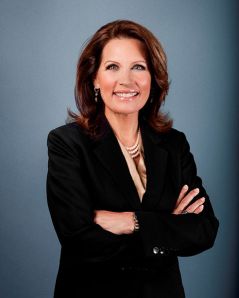 Michelle Bachmann Portrait, US Congress, January 14, 2011 - A case in point. In public domain.

The worst example of this for my money was my eighth grade US history teacher, Mr. Demontravel. Or as he preferred in the last three months of eighth grade in the spring of ’83, Dr. Demontravel (he had finished his doctoral thesis on the Civil War. Or as I liked to call him throughout that year, “Demon Travel.”

Beyond the trivia of him finishing his doctorate, Demontravel’s teaching style, while terrible, was also one that remains all too typical in our public school (and unfortunately, some of our colleges as well). His was a class that sucked the life out of history for most of the Humanities students at A.B. Davis. Like most teachers of K-12 social studies or history, it was an important and obscure dates, important names, and key places class.

Unlike most social studies teachers, his teaching methodology was the epitome of lazy. Every class, five days a week, Demontravel would put up five questions on the blackboard for us to copy down and answer using our textbook. At the end of every two-week period, we’d get a fifty-question multiple choice exam made up of those questions written out on the blackboard over the previous two weeks, helping Scan-Tron stay in business.

Demontravel rarely stood up to lecture or do anything else. Lectures for him might as well have been appearances by Halley’s Comet, only the lectures were far less memorable. This process went on unabated for forty-weeks, four marking periods, seventeen exams (counting the final), an entire school year. Calling this boring would only get you into the door of the intellectual famine Demontravel subjected us to in eighth grade.

Over the years, I’ve had hundreds of students complain about various versions of this kind of history teaching. That they hated history, didn’t understand its purpose. Many students have loved my teaching of social history off and on over the past two decades, and have told me so, that there interest in a particular issue or topic was peaked as a result of one of my courses. But there are some, perhaps as many as ten percent of my students (about 200 in all) who would’ve preferred the mind-numbing methodology of teaching history as trivia. For that group, Demontravel would’ve been a preference over being able to 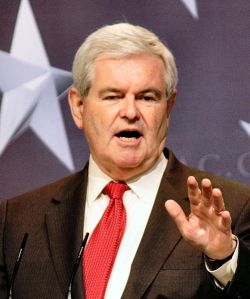 Newt Gingrich, potential 2012 GOP candidate, at CPAC meeting, February 20, 2010. (Irony is that Gingrich, an opponent of social history, was a history professor for eight years before turning to a political career.) Gage Skidmore. Permission granted via Creative Commons and attribution to Gage Skidmore.

understand that, like life, history is full of irony, hurt, passion, hatred, and serendipity.

Maybe this is a losing battle, that most students will never have a teacher with the ability to inspire them to think beyond the trivial when it comes to history. Maybe this is a losing battle because there are far more demons traveling through K-12 as social studies and history teachers than there are people like me, or my late teacher Harold Meltzer, for that matter. I have a feeling, though, that generations from now, future students will look at this aspect of hypocrisy in American education and just shake their heads. They won’t understand why it was so hard to teach the truth of how and why good, bad and ugly things occurred in US and world history.