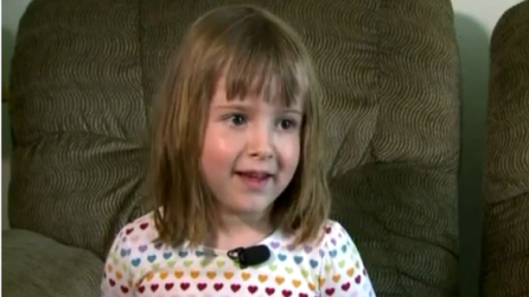 Yesterday morning, I was stuck watching ABC’s Good Morning America segment “4-Year-Old Leads Police to Prime Suspect in Burglary Case,” with the lead, “Real Life Nancy Drew.” The Whatcom County police (Ferndale, WA) interviewed Abby Dean, a four-year-old girl who witnessed two burglars breaking into and robbing her home. The four-year-old’s babysitter had identified “two armed Black men”  — including the next-door neighbor — as the perpetrators of this home invasion. But the brave little Abby Dean apparently went off script and bravely told the truth. “It wasn’t the right skin color,” as one of them had “beach-colored skin. And no one had dark skin,” the toddler said to police. It turned out that the babysitter, the babysitter’s boyfriend and another man had planned the burglary.

Meanwhile, the police handcuffed and questioned Cody Oaks, the next-door neighbor, for hours apparently, and prior to questioning, had a sniper trained on Oaks’ home. “It’s kinda sad ’cause I don’t think she realizes the dangerous position she put me in,” Oaks said. 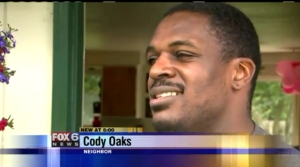 Abby Dean’s no more Nancy Drew than I’m Sherlock Holmes. Truth is, the headline should be “Another Example of Overt Racism By Criminals and Police Foiled by Truthful Toddler.” While Dean deserves media coverage — she’s already done more at four than most people do about crimes in their whole lives — the real story is Cody Oaks. This could’ve very easily turned into a botched investigation, which could’ve led to Oaks’ death or serving serious jail time. For a crime in which he played NO role. All because in the minds of so many Whites, young and Black and male equals a violent criminal. That’s what that racist, seventeen-year-old, criminal mastermind babysitter thought, and apparently, so did the local police.

That this isn’t the story from this story shows how well colorblind racism has worked in the average American’s mind. It is obviously okay for Whites — especially White women — to blame Blacks for crimes they didn’t commit, no matter how outrageous. There’s Charles Stuart in Boston, who killed his pregnant wife, shot himself and then tried to blame a mysterious Black man (the boogie man) for his heinous acts in ’89-’90. There’s Susan Smith, the South Carolina woman who drove her car into a lake and drowned her child in that car in ’94. Only to then blame two young Black men for her insane crime, as these imaginary Black males attempted to carjack her. There’s Ashley Todd, the McCain presidential campaign staff who claimed that a Black guy robbed her and carved a backwards “B” on her left cheek in ’08. Only to learn that she mugged and mutilated herself for attention. Let’s not forget the Central Park 5, with whom the city of New York settled a lawsuit for $40 million over their wrongful arrests and convictions.

And people wonder why many of us continue to carry a public anger.