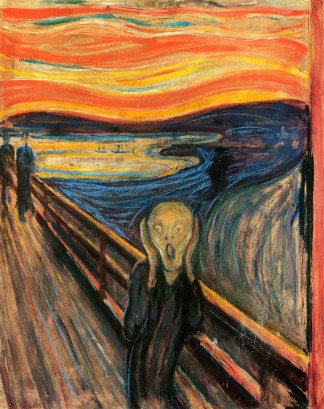 I often find it ironic that Women’s History Month follows immediately after Black History Month. In this sequence, both are racialized, as the former tends to represent White women, while the latter represents all Blacks regardless of gender, sexual orientation, or country of origin. Meaning that women of color often have to fight to be recognized during Women’s History Month, that poor women often go unrecognized in both Black and Women’s History months, and that other nuances of demographics and history aren’t thought of at all.

Such is the case with issues of -isms within feminism and Women’s History Month. Particularly when combined with the actualization of fear. In the cases of domestic violence, rape, assault, kidnapping, harassment and other threats against women, it’s certainly understandable that the fear of such things (and the breaking down those threats and fears in dialogue) are a big part of feminism and Women’s History Month more specifically. But when combined with certain -isms — especially racism and elitism — these issues become more about profiling stereotypical threats rather than dealing with real threats against women, especially (but not exclusively) for White women. 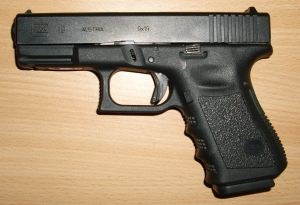 It’s something I experience every day. A White woman crossing the street as I approach, on my way home, to my car, to run an errand, or to pick up my son from school. A woman — White or Black — gasping audibly at the sight of me in an elevator, some even not getting on board, as if I had a ski mask over my face and a Glock in my right hand. White female co-workers who, upon seeing me outside the office, would put on a blank face and walk by me while I’m holding open a door, too scared to even say “Hello,” much less a “Thank you.”

It’s the nearly daily reminder that where feminism and Whiteness intertwine, I represent the Black male misogynist. I am dangerous, the guy whom White women and middle class women of color imbue anti-feminist threats and violence. Even when standing still on an elevator, deep in my own thoughts about work, teaching, family and writing.

I get it. White women often have to expend micro-energies on microaggressions from men — including Black men — in order to get through the day. For some, it’s probably an exhausting part of their existence. Likely so much so that they forget to turn off their shields even when bumping into a male co-worker or friend.

From my perspective, though, it’s not that simple. It’s not like I look at every White male and female and see another willfully ignorant and entitled racist ready to accuse me of ruining the country or threaten me with bodily harm. I think that in some feminist circles, racial and classist profiling goes on even more so than with most police officers. Fear is an important part of our existence, but it shouldn’t be the centerpiece of how anyone lives their lives, even when it’s justifiable.

In thinking about feminism, Whiteness and Women’s History Month, my two little cents’ worth of thoughts come down to this. I’m tired of being a victim of your fears, which when multiplied over the past 150 years, have often led to misunderstandings, false accusations, arrests, convictions, beatings and deaths. I’m tired of abstract discussions of microaggressions, threats and violence against mostly White women that don’t include the perspectives of women of color. And I’m tired of feminists who refuse to evaluate their own elitism and Whiteness in how they go about their everyday lives.