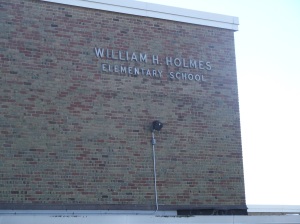 I can’t believe that this Sunday’s the thirtieth anniversary of me and my cohort finishing sixth grade. Thirty years since I first felt that feeling of reaching the mountaintop, as if I’d accomplished something in my life. Three decades since the last time I was unknowingly naive and unnecessarily arrogant.

Combined with having become a part of a bizarre religion, I had a new point of view on my life by the time graduation day on Friday, June 26 of ’81 rolled around. My family was now two months into our serving Yahweh, and I was six weeks removed from losing my best friend Starling because of this nutty religion. It was a time in which I felt overwhelmed about my present and immediate future. Yet I acted as if I’d published a book that was both a New York Times Bestseller and a Pulitzer Prize winner. I couldn’t have been more pumped up if I’d been on Walter White’s blue crystal meth from Breaking Bad.

But I had some basis for seeing myself as great. As far as I was concerned, I was the unofficial valedictorian of my elementary school class at William H. Holmes Elementary, the ’50s structure next to the big Presbyterian church on North Columbus and East Lincoln Avenue. My teachers had chosen me out of all of my classmates to speak at our graduation ceremony. On that last Friday in June ’81, I served as the opening speaker, introducing the city councilman who served as our keynote. I even wrote the short introduction that I delivered on that wonderful day.

I firmly believed that no one in the world was smarter than me. In the three years prior to graduation, I had straight A’s. Still, that paled in comparison to my performance my last year of elementary school. I figured out that I earned an A on forty-eight out of fifty-two quizzes and tests in sixth grade. The lowest grade I earned that year was an 88 on a spelling quiz. I’d won a Dental Awareness Month award for Best Poster and came in second in a city-wide writing contest that included essays from high school students. If anyone had known how big my head had grown that year, they would’ve stuck a pin in my temple just to let the air out.

It wouldn’t have been any funnier if I’d pretended I was Mr. October himself, Reggie Jackson, saying his 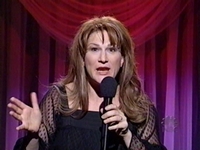 words, “Sometimes I underestimate the magnitude of me.” Or, really, Ana Gasteyer (of SNL fame) playing Celine Dion and calling herself the “greatest singer in the world.” I wanted so badly to see myself and to be seen by others as special that I forgot about the work it had taken to move my reading and writing skills up seven grade levels in a little more than two and a half years.

It was a great day, sunny and low-eighties with cumulus clouds and low humidity. But knowing what life at 616, Mount Vernon and Humanities had in store for me over the next eight years, I should’ve smelled the ozone in the air. I should’ve looked more closely at my sky, to see the flocks of seagulls flying away from the shoreline. I should’ve sensed — and did, on a very low-frequency — the hurricane gaining strength in my life. I chose to ignore it, hoping that I could fake my way through it while resting on my laurels.

To think that it would’ve been another nine years before I felt like I could take on the world again. If someone had told me in June ’81 that I’d have to wait until my junior year at Pitt to have a straight-A semester, I would’ve grabbed a gun and shot myself through the heart with a Colt .45. And I would’ve made sure that the bullet I used had a hollow tip. If I’d known that I’d have to wait a full decade to be comfortable with myself as myself in all of my goofy-ness again, I probably would’ve cried on the spot.

All I can hope these days is that I can help my son strike a balance between being cool and being cool with himself, especially once he approaches his teenage years. I don’t want him spending a decade trying to figure himself out all by himself.